Success in Commission…Now Comes the Final Push with City Councils

Last Tuesday marked a monumental milestone for the South Bay Initiative; we made it through the eleven different Commissions across all seven cities! With the exception of one, all of the Commissions unanimously recommended that their City Council approve the South Bay Bicycle Master Plan. And even that one exception still gave us a majority vote to approve the plan; but one of the Commissioners didn’t seem to understand the importance of a bike friendly future for their city…can’t win them all, I suppose. 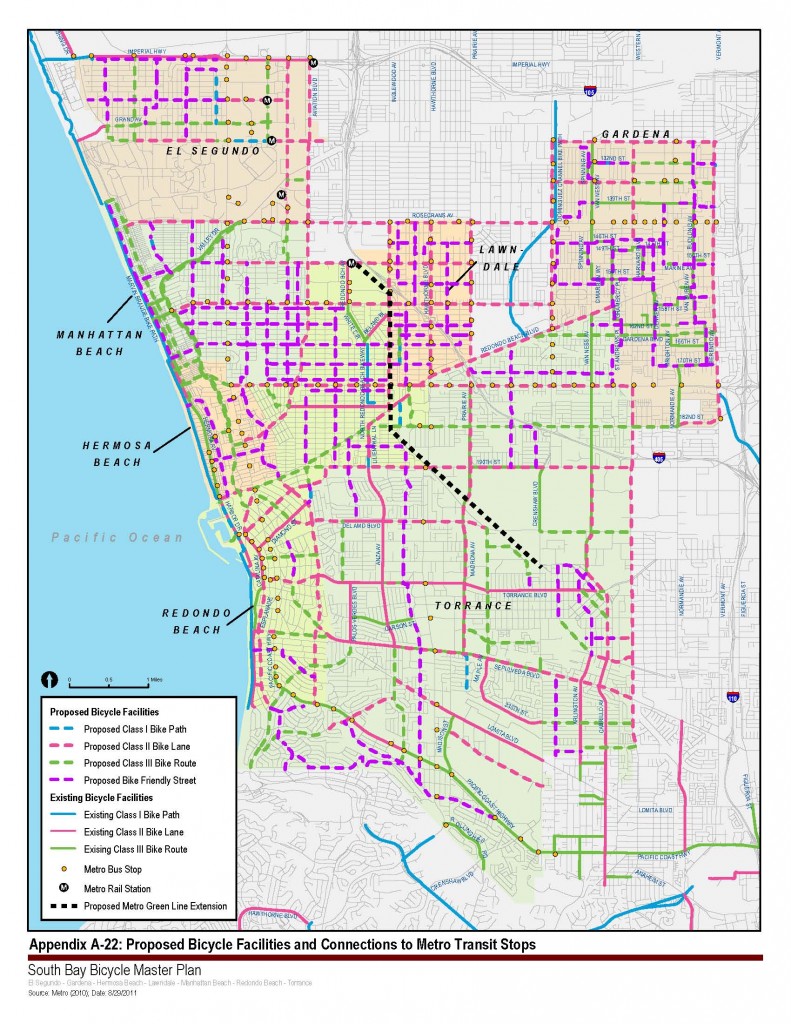 The Commissions all had various questions, concerns and considerations that were heavily weighed and discussed before they moved to recommend plan approval. Among the most commonly approached topics are the following:

Answer: Once the plan is adopted, it becomes a city document. This means that each city is in charge of its own implementation. The plan outlines several proposed policies that outline different mechanisms for continued regional coordination. One of the most important mechanisms will be the establishment of a regional Bicycle Advisory Committee which will be comprised of city staff/officials and community members. This body will coordinate on grant applications and plan implementation. The bicycle coalition is working hard to establish such a committee.

Answer: The grant funds only the planning process for this master plan document. Our hope and expectation is that the cities will move forward with utilizing this document as a guideline for making their community more bike-friendly. This has been a uniquely collaborative and cost-effective process, so we hope the cities will take this opportunity to aggressively move through implementation.

Answer: Each of the policies do have a proposed time line assigned to them. We are confident that these policies are implementable within the specified time; however as a plan-level document, there is some built in flexibility and there is no punitive measure for exploring alternatives.

Answer: Again, this is a plan-level document. We did not go so far as the design and engineering all of the 213.8 miles of proposed facilities. The feasibility analysis we conducted was fairly high level and took into consideration the traffic volumes, speed limits and street widths. As such, we are confident that the proposed facilities are reasonably feasible and can be engineered with the appropriate safety considerations utilizing the most current standards and guidelines. The actual design and engineering of each facility will be handled by each cities’ traffic engineer going forward. Should a facility be found to be infeasible, cities are encouraged to explore alternatives or to move forward with another priority proposal.

Our plan outlines the suggested engineering standards and guidelines that should be applied, and we have provided staff with the estimated impacts for the proposed facilities.

Answer: Most cities largely implement their bike plan utilizing outside grant funding sources. Measure R and Propositions A and C funds are also eligible and recommended for bikeway implementation. The funding chapter in our plan lists many of the readily available grant resources.

Answer: The amount of time needed to oversee bike plan implementation and consistently apply for grant funds is expected to be manageable. By way of example, the traffic engineer in Redondo Beach who regularly applies for grants and handles bike infrastructure matters estimates that he only spends 5% of his time in a given year on the issue. Furthermore, each of the partnering cities offered up a staff point person for coordinating this planning effort, a continuation of that same sort of time is recommended.

If staff time is unavailable, we recommend that the City appoint a Commissioner or Council Member to participate in a regional Bicycle Advisory Committee that would be responsible for the coordination and oversight of the bike plan implementation.

After answering each of these questions or concerns, many of the commissions enthusiastically moved to recommend plan approval and even went as far as saying that the plan’s 20 year timeline was not aggressive enough. I for one, completely agree. Given the relatively insignificant cost estimated for full implementation (under $10M for all 213.8 miles), and the fact that so much of the plan can be funded using outside grant resources, it seems completely plausible that the cities can accomplish a significant amount of implementation in the near term.

WE NEED YOUR HELP! Please attend as many of these Council meetings as possible. It’s going to take a strong showing of community support to get these Councils to not only adopt the plan but to commit to moving forward with implementing it!

Psst! If you show up to a council meeting and don’t already have an SBBC t-shirt we just might give you one!