After months of hard work by a small, dedicated squad of South Bay Bicycle Coalition volunteers and a nimble and responsive team of elected officials on Friday morning, March 19 in downtown Los Angeles we got the great news that we’ve been awarded a $240,000 federal stimulus grant to fund creation of a Master Bicycle Plan for participating cities in the South Bay! The grant money is federal CDC funding from the American Recovery and Reinvestment Act of 2009 and the grant is administered and awarded through the Los Angeles County Department of Public Health. 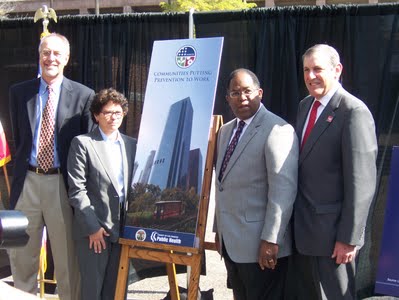